God does the rest

Posted by revarant on May 29, 2017
Posted in: relationship. Tagged: perseverance, wrestling. Leave a comment

Sometimes things just don’t happen the way we want or plan, no matter how hard we try.  It’s hard to watch someone you care about 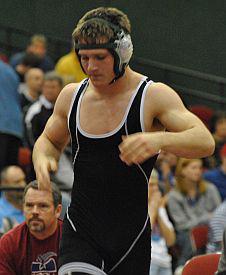 face that reality. My wife and I had to watch our then seven-teen year old son do just that a few years as he competed in his last High School Wrestling match and came up four points short of a State Championship.

He has always had tremendous work ethic.  When he sets his mind to something, he will work as hard as anyone to make it happen.  I can’t think of a time when he didn’t accomplish the goal he had in mind.  Over the last few years of his High School life we’ve watched him train, bleed and compete with injuries that put others out of the sport completely. He had an amazing High School career breaking school records, and even earning himself several entries in the State High School Wrestling Records, but not the title.

It was heartbreaking to watch him after the final match realize that he had fallen short in his goal.  His first thought was about all the people he imagined that he had let down.  Of course everyone was more proud of him than we could express, but the disappointment he felt was real and his to face.

The apostle Paul found himself in a similar situation (Acts 17).  Paul was in Athens teaching with little success.  This was not the first or last time Paul would face opposition or difficulties.  Instead of being discouraged into giving up or spending time depressed about his failures, Paul kept moving forward until he was given an opportunity to speak in the Areopagus.  Even then his success was apparently marginal, but it was still success and God took advantage of it.

Sometimes we forget that real success should not be measured by the goals we set, but by the opportunities we create for God’s goodness on the journey. Our son had been extremely successful by everyone else’s standard, touching and blessing many lives in the way he worked toward his goal.  He had no idea how many people were inspired and blessed by his attitude, work ethic and heart. Forget the medals and awards, he was a tool for God to change lives and bless others, especially his mother and me.  We can not count how often God has pulled us out of discouragement through him and his sister and brother.

He surpassed my expectations once again a few hours after loosing the state title.  Just as I was about to have the fatherly talk with him about “winning some and losing some”  he said, “Well since I won’t ever be the State Champion in High School, I’ll have to settle for National Champion in college.” Success is really subjective.   God doesn’t need us to always come in first, just to keep going. As usual God does the rest.

I‘ve heard this story told about me most of my life. Although I remember it happening, I don‘t remember the impact of which everyone 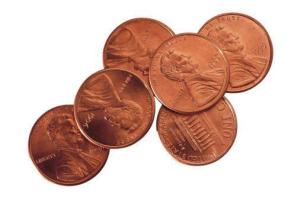 speaks. When I was about four or five years old, our small church was in need of funds to pay-off a balloon payment on a mortgage debt. Our pastor gave a plea expressing the need in a way that tugged on my heart.

I can remember sitting alone on the front row fiddling in my pockets for all the money I could find to give. According to all the adults, I walked into the pulpit and interrupted the sermon to ask Preacher Finklea if my .54¢ would be enough to help the church. I do remember him taking the change out of my hands and telling me that he thought it would be just enough. According to him, after church an older gentleman who had been opposed to the original loan handed him a check to cover the entire loan balance (minus .54¢). On the way out of the church, the older gentleman supposable said, “Don‘t think what that little boy did had anything to do with this!”

How much of that story is true, and how much of it has been embellished by time I‘ll never know. But what it does illustrate is the connectedness of God‘s kingdom. We often think that we are not talented enough, or spiritually mature enough to participate or help in ministry. But Paul writes “those parts of the body that seem to be weaker are indispensable, (I Corinthians 12:22).” Everyone can be in ministry. Everyone regardless of our age, size, abilities or inabilities has role to play in God‘s kingdom. In fact, Paul identifies the weakest and least likely to be the most indispensable.

When we are aware of our own weaknesses, we tend to lean much more on God. Our work in the midst of our weaknesses often proclaims God‘s grace and strength. Jesus was able to take a few loaves and fish from a small boy and feed a multitude of people. God was able to take a child‘s .54¢ and pay off a mortgage. God knows that we are not perfect, and not the most talented when God calls us. All God is looking for from us is a willingness to what we can do in any given moment. God will always multiply it and do the rest.

Quite a few years ago, my little girl fell and deeply cut her chin. It obviously needed stitches. I tend to be very calm in crisis situations, 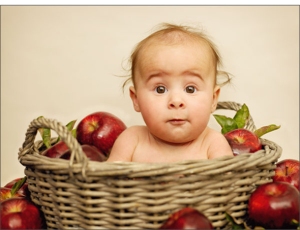 and this occasion was no different. I arranged for friends to care for my son as my daughter and I went to the doctor‘s office. I walked into a special room and noticed a large padded chair. The chair was so out-of-place in this sterile room. I leaned over my daughter as they begin to care for her. All of a sudden I felt weak. My face started sweating and evidently lost its color. It wasn’t long before I felt as if I would pass out. The doctor whispered to me, “That‘s what the chair is for.” My daughter remained remarkably calm, asking every moment or so if I were still in the room.

I had never before felt queasy at the sight of blood. I had never had a problem with one of the boys getting stitches or IVs. And I was not even watching the doctor. I was only talking with my daughter. But I could not stand the thought of this happening to my little girl. It actually continued to trouble me for several more weeks, mainly because I spend a lot of time around sickness and death. Somewhere deep inside, I felt concerned that I might lose “my cool” again. And nobody ever wants a basket case for a pastor.

No matter how collected you are, at some point life will throw you a curve. We will all face situations or circumstances that seem to knock us for a loop. At times we just need to ask if God is still in the room for more assurance. I am reminded of Moses. When Pharaoh was slaughtering the male infants; Moses’ mother set him adrift in a crocodile infested river riding in a basket. That must have been the darkest moment of her life. Yet God watched over Moses, even cared for him as he grew. When Moses fled Egypt, God found him and called him home to lead his people to the Promised Land. Even Paul suffered many things in his life. He lost his lifestyle, his friends and the respect of the Jewish religious community. On several occasions he even lost his liberty and health. Yet in the midst of all these problems, he said “I can do all things in him that strengthened me.” (Philippians 4:13)

We are all called to more than knowledge of Christ. We must also make Christ known. If we truly trust God, our countenance will teach it in good times and bad, in smooth circumstances and rough. No matter what problem with which we must deal, God will provide guidance. No matter what loss we experience, God will provide comfort. Even in times of weakness and despair, God is there. We are never alone, even in our lowest moments. After all, even Moses was once a basket case.